Welcome to the ‘did you know?’ page. Here you can find some interesting facts, achievements and additional information about some famous faces who have been pivotal within the Building Services Engineering sector. 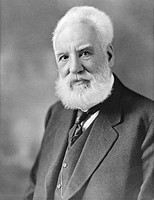 Notable work: Invention of the telephone, Cofounding of

Alexander Graham Bell was a Scottish inventor, scientist and engineer who is credited with patenting the first practical telephone in 1876. Despite this achievement, Bell considered this invention an intrusion on his main focus as a scientist, which was his work with the deaf. Both Bell’s wife and mother were deaf, and this therefore heavily influenced his life’s work.

Bell is also credited with significant work in optical telecommunications, hydrofoils and aeronautics.

Due to the notoriety of Bell’s work, many historic sites in North America and Europe are named after him. Some examples of these are listed below:

Bell’s discoveries within our sector have also been recognised at JTL’s Birmingham Training Facility in the form of one of our classrooms. 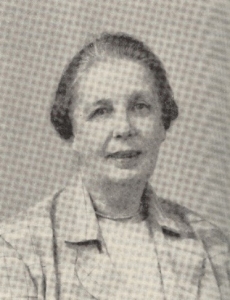 the Electrical Association for Women

Margaret Partridge was an English electrical engineer, contractor and founding member of both the Women’s Engineering Society (WES) and the Electrical Association for Women (EAW.)

Partridge’s business was instrumental in identifying and employing female apprentices, notably employing Beatrice Shilling – a British aeronautical engineer and amateur racing driver. After Shilling was found working by herself at a power station late at night in 1932, Partridge helped campaign to change the International Labour Organisation convention on night work for women.

Following the successful establishment of Partridge’s business at the end of the first World War, Partridge focused on helping young women who were interested in engineering apprenticeships, specifically young women leaving school.

Because of Partridge’s efforts and work with various societies, a blue plaque was unveiled by Devon History Society at Partridge’s home in Willand, Devon.

Michael Faraday was an English scientist who helped contribute to the study of electromagnetism and electrochemistry. His research around a conductor being able to carry a direct current was influential to the establishment of the electromagnetic field within physics.

In remembrance of Faraday’s significant contributions, several institutions have created awards in his name, most notably the:

Because of Faraday’s pivotal discoveries within our sector, we at JTL have also named one of our classrooms at our brand new Birmingham Training Facility after him. 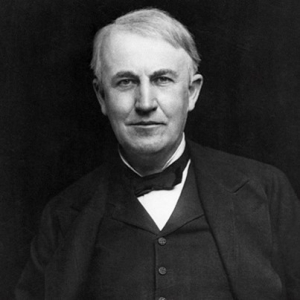 Thomas Edison was an American inventor and businessman from Milan, Ohio. He helped develop many devices over different fields such as mass communication, sound recording and electric power generation. Edison’s inventions, notably early versions of the electric light bulb have had a monumental impact on the modern world and the Building Services Engineering sector.

Edison made two key inventions in 1879, one being an early version of the electric light bulb and secondly the electric power distribution network, helping bring electricity to homes and businesses.

Due to the notoriety of Edison’s discoveries and work, he has become America’s most prolific inventor and has had numerous places, companies, awards, and people named after him. In fact, football star Pele was originally names Edison by his father.

Notable work: First woman elected to the Institution of Mechanical Engineers, President of the Women’s Engineering Society in 1931.

Verena Holmes was a English Mechanical Engineer from Ashford, Kent. Holmes is well known for being a strong supporter of woman in engineering.

in 1924 she became the first woman to be elected to the Institution of Mechanical Engineers and later in 1931, the Institution of Locomotive Engineers. Holmes became an early member of the Women’s Engineering Society (WES) alongside Margaret Partridge in the 1920’s, eventually going on to be the first practising engineer to serve as the society’s president in 1931.

Holmes led a very interesting and varied career. Having graduated from Loughborough Engineering College in 1922, Holmes eventually set up her own consulting company in 1925. Holmes also holds patents for 12 inventions to her name, including the Holmes and Wingfield pneumo-thorax apparatus for treating patients with tuberculosis, a poppet valve for steam locomotives, and rotary valves for internal combustion engines.

After working for both the North British Locomotive Works and Research Engineers Ltd in the 1930’s, Holmes became adviser to Ernest Bevin, the Minister of labour, following the outbreak of World War II. Holmes helped work on naval weaponry and assisted with the training of munition’s workers.

Following the war, Holmes founded the engineering firm Holmes and Leather in 1946 with a fellow member of the WES, Sheila Leather. Together, they created the first practical safety guillotine for paper. This was later introduced into schools. During her tenure with Leather, they only hired Women.

Following her death in 1964, the WES introduced a yearly Verena Holmes lecture in 1969. These lectures were given at various venues across Britain to children aged 9-11, aiming to encourage an interest in engineering. The Institute of Mechanical Engineers now has an award named after Holmes, first being awarded in 2015.