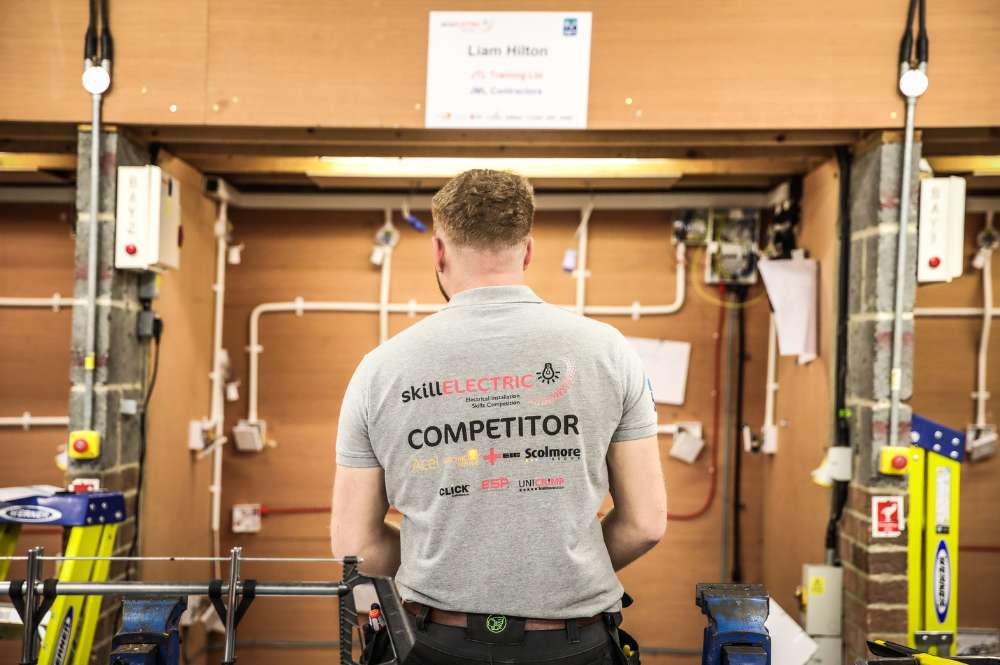 In 2022, two JTL apprentices beat thousands of others to make it to the grand finals of the WorldSkills UK competition. To get there, they first had to compete in qualifying heats against practitioners from all over the country, knowing to win a place in the grand finals they would have to achieve some of the best times recorded nationally. We sat down with them to hear their triumphant story as they put it in their own words.

At the time the competition was scouting for participants, Nathan Portman, from Stourbridge, was studying as a Level 3 Fire Emergency and Security Systems Technician, and Liam Hilton, from Nuneaton, was undertaking his Level 3 Electrotechnical qualification.

Both were recognisably excelling in their apprenticeships, demonstrating, in their own ways, a rapidly developing aptitude for both the theory they had learned at college and the practical skills that they were developing in their employment.

Liam put it: “I was progressing quickly in work, especially over those last couple of years, and taking on more and more responsibilities, it was pretty rewarding to see all of the training paying off.”

Nathan explained that: “Work was teaching me quite a lot, especially since I was around the other engineers all day and could continuously learn from them. Then I had my college course as well, so I could learn skills in both environments.”

It was clear that their exceptional performances were being recognised too, because it wasn’t the learners themselves that applied for the WorldSkills competition, it was actually their college tutors that put them forward.

Liam describes “I just had a phone call from one of my tutors at the time, I wasn’t even aware of any competition. He said he had put me forward and wanted to know if I’d do it and I thought, well, why not? I should go for it.”

Nathan told a similar story “Joel (Nathan’s tutor) pushed me towards the competition. But as I started getting ready for it that’s when my training officer Rob started to take over, he was really supportive and came along to everything with me.”

Both learners spoke often and fondly of their training officers at the time of the competition. Liam in particular had a lot to say about his officer, Peter Bunting.

He said: “For me, my training officer was a brilliant role model. Not only in the classroom, but throughout. All the role models that I’ve met through JTL have had a massive impact on me, on a personal level too.”

After passing the initial knowledge tests, both apprentices earned a place at the regional qualifying heats for the competition. This meant conducting a live installation alongside competitors from across the country. To move forwards, they would have to outperform everyone.

Liam recalls being the only participant who finished his electrical installation, he said: “It was a completely unfamiliar environment. But I felt confident, especially when I noticed there was photographers and all sorts behind me, and I thought, I must be doing something right.”

Liam actually came first place in his heats, recording one of the best times in the country. But at that time, all both of them could do was head back to work and wait to hear if their performances were enough to get into the highly competitive grand finals.

Liam said: “We’d been out servicing floodlights in minus one degree’s weather, and just arrived back at the hotel. I was browsing Instagram and saw this big picture of me appear on SkillELECTRIC’s account. I just calmly told everyone ‘I’ve won the competition.’ We went on celebrating from there, I remember coming out into the lobby with all my colleagues and everyone looking at us like we were crazy – I felt electrified.

“My training officer found out through me because he doesn’t really keep up with Instagram, and I think he was even more excited than me at that point.”

Nathan said: “I saw the email and had to tell my colleagues immediately, if anything I had to let them know I was going to need the time off. They were all really proud, and then a couple hours later my training officer rang me, and he just said, ‘you’ve got through.’

They’d both made it, and though the grand finals would be their last stop, when the day came around the learners performed excellently. Nathan would even end up taking home a Highly Commended award.

He told us: “That was a real sense of achievement, I had something tangible that made me realise just how much I’d actually learned over the past few years.”

After walking us through this intense period of their lives, we asked Nathan and Liam if they could reflect on their apprenticeships as a whole, and whether they would recommend one to others.

Nathan answered quickly: “Definitely. It’s a good industry to get into, because it’s just going to keep going, it’s never going to die. And you get to go around doing different things, meeting different people, and seeing new places. You start to realise how big the world really is when you’re going around as an apprentice. I’d definitely recommend it.”

Liam told us about the football team he coaches, and that he’s actually been recommending JTL apprenticeships to some of the team that are entering their late teens, he told us:

“When I was 16 to 17, I was definitely missing the right kind of role model. So, for anyone around that age, I know it would be good to do an apprenticeship and meet people like I’ve done at JTL. I go over their CVs with them and see what they want to do, because it’s what I needed at that age – for someone to give me a push in the right direction.”

With Liam and Nathan getting back to work and all of the exciting challenges that holds, WorldSkills is already peeking over the horizon once again, ready for another round of eager apprentices. 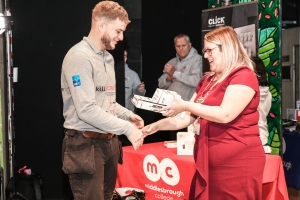 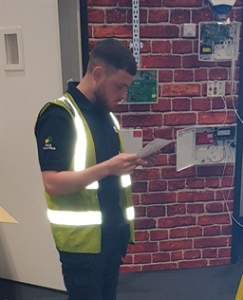 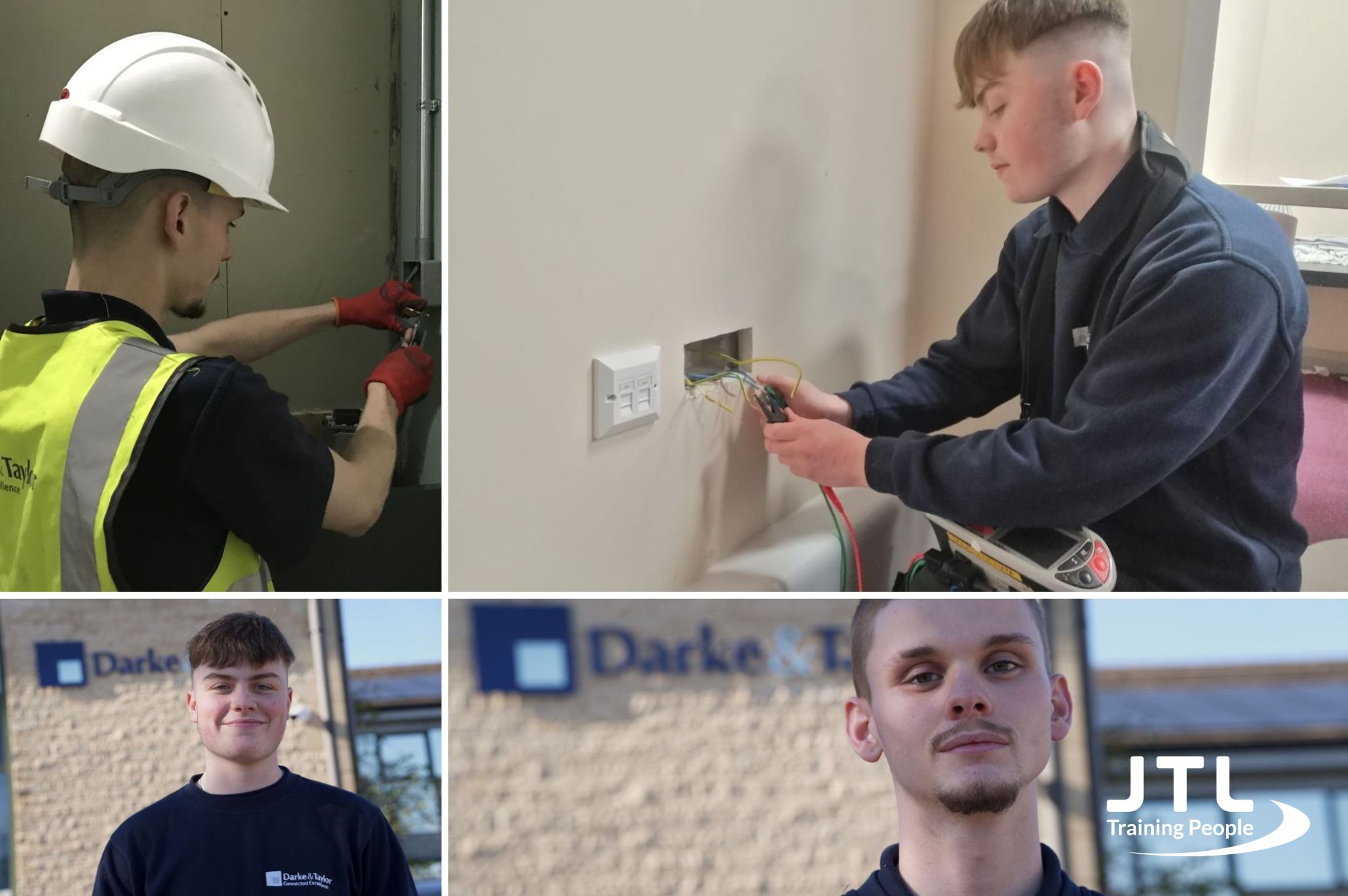